Gluten Free Hot Cross Buns. The best thing about them is that they are so easy to make and taste AMAZING! You don't have to buy the additive and preservative loaded ones from the supermarket ever again!

I finally got around to making my gluten free hot cross buns, so that I could photograph them to share with you.

I originally made them with gluten free flour so that my daughter could eat them,  which I have put notes at the bottom for anyone that wants the nut free version.

The next version that I made was with almond meal and coconut flour and WOW they so good.

They are really moist and the flavour is DELICIOUS!! I also made this version with a combination of sultanas and dried cranberries, but you could make them with just sultanas or even with dried apricots.

The best thing about these gluten free hot cross buns is that they are so easy to make and you don't have to buy the additive and preservative loaded ones from the supermarket ever again.

Have you looked at the label on those things!! WOWZERS!!

Crosses (double the mixture if you want thicker crosses)


PLEASE NOTE - Some of my posts contain affiliate links. I may receive a small commission (at no extra cost to you) for purchases made through these links. This commission is used to cover expenses to help run Becomingness. Thanks x

This site uses Akismet to reduce spam. Learn how your comment data is processed. 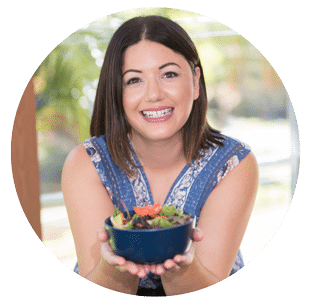